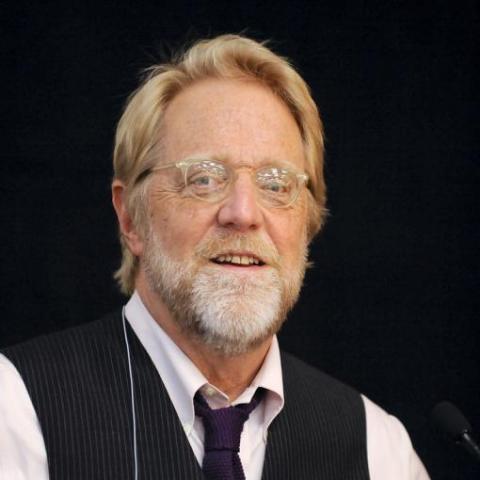 Jonathan Taplin’s areas of specialization are in International Communication Management and the field of digital media entertainment. He is director of the Annenberg Innovation Lab based at USC. Taplin began his entertainment career in 1969 as Tour Manager for Bob Dylan and The Band. In 1973 he produced Martin Scorsese’s first feature film, Mean Streets, which was selected for the Cannes Film Festival. Between 1974 and 1996, Taplin produced 26 hours of television documentaries (including The Prize and Cadillac Desert for PBS) and 12 feature films including The Last Waltz, Until The End of the World, Under Fire and To Die For. His films were nominated for Oscar and Golden Globe awards and chosen for The Cannes Film Festival seven times.

In 1984 Taplin acted as the investment advisor to the Bass Brothers in their successful attempt to save Walt Disney Studios from a corporate raid. This experience brought him to Merrill Lynch, where he served as vice president of media mergers and acquisitions. In this role, he helped re-engineer the media landscape on transactions such as the leveraged buyout of Viacom. Taplin was a founder of Intertainer and has served as its Chairman and CEO since June 1996. Intertainer was the pioneer video-on-demand company for both cable and broadband Internet markets. Taplin holds two patents for video-on-demand technologies.

Taplin was appointed by California Governor Arnold Schwarzenegger in December 2006 to the California Broadband Taskforce.

Mr. Taplin graduated from Princeton University. He is a member of the Academy Of Motion Picture Arts and Sciences and sits on the advisory board of the Democracy Collaborative at the University of Maryland. To find out more about Jonathan Taplin, visit http://www-rcf.usc.edu/~jtaplin/.