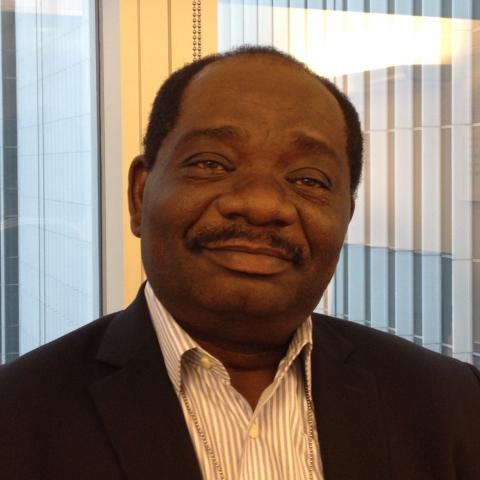 Sina Odugbemi is a Senior Communication Officer (Policy) in the Operations Communication Department, External and Corporate Relations Vice- Presidency of the World Bank Group. He works on anticipatory reputation risk management and advises on governance initiatives. In addition, he is the editor of the blog, People, Spaces, Deliberation. Between 2006 and 2011, he was Program Head of the Communication for Governance & Accountability Program (CommGAP). He has over 25 years of experience in journalism, law, and development communication. Before he joined the World Bank in 2006, he spent seven years in the UK’s development ministry, DFID. His last position was Program Manager and Adviser, Information and Communication for Development.  Sina holds a Bachelor’s degree in English (1980) and in Law (1986) from the University of Ibadan, a Master’s degree in Legal and Political Philosophy (1999) from the University College London, and a PhD in Laws (2009) also from University College London on the subject Public Opinion and Direct Accountability between Elections: A Study of the Constitutional Theories of Jeremy Bentham and A.V. Dicey.

Sina’s publications include a novel entitled The Chief’s Grand-daughter (Spectrum Books, 1986) and three co-edited volumes: With the Support of Multitudes: Using strategic communication to fight poverty through PRSPs (2005), Governance Reform under Real-World Conditions: Citizens, Stakeholders, and Voice (2008), and  Accountability through Public Opinion: From Inertia to Public Action (2010).

Sina says: ‘I am endlessly fascinated by the role of public opinion in producing social and political change, especially the structural and process factors that either help or hinder that impact. I firmly believe that public opinion is an under-appreciated but critical factor in how governance works. I look forward to exploring these and similar issues with you all.’